UK — The Addiction Capital of Europe

It was reported in 2013 that England was considered the “addiction capital of Europe,” not a label to be proud of, but the abuse of drugs and alcohol was costing the country a total of £36 billion (or just under $57 billion U.S) annually. And it continues with alcohol being the most abused substance by people in that country.

It is estimated that 1.6 million people in England are dependent on alcohol with 52% of men and 53% of women living in Great Britain drinking more than the recommended amount of alcohol on at least one occasion during the average week.

In England, there are an estimated 595,000 dependent drinkers, of whom only approximately 100,000 are currently getting treatment.

A study showed that alcohol-related hospital admissions in England have doubled in a decade, and warned that Britain is facing “an epidemic of drink-related conditions.”

A startling fact is that there are an estimated 1.6 million problem drinkers in England, over five times more than there are dangerous drug-users. Not underestimate the dangers of drugs, but anyone who has sat in a courtroom knows that alcohol is the bigger problem, creating domestic and street violence, and family and relationship breakdowns.

In evidence of this, in England, 64% of stranger violence, and 70% of violent incidents in the weekends, evenings and night are alcohol-related.

So it is clear that alcoholism is a serious problem in the UK that results in thousands of unnecessary deaths each year and untold misery for alcoholics and their families. It is actually a powerful drug that kills someone nearly every hour in the UK.

Alcoholism is no less a nightmare for people than any other addictive drug, and is just as, if not more important to treat.

Here is a poem to make the point:

Get the message and take this to heart,
If you haven’t already, then just don’t start
Drinking won’t cure a problem or fear
Nothing will solve with wine or beer
If you are already in trouble
Get help on the double
Find people to give you a hand
Then once clean, you can
Do the things you planned
Life can be good and happy
And one can be a happy chappy (or lass)
You will win and cannot loose
If you live without the booze.
—Anonymous

I have worked in and around drug rehabilitation centers for the last 3 years and have experience working in many other fields of societal problems addressing moral issues, mental stress and have been involved in a number of community projects.

How to Spot an Alcoholic

Alcohol can seem so safe at first—everyone drinks, it's legal, it's not really a drug... until it is out of hand, and someone you know is addicted. Then is the time you really have to face the effects of alcohol abuse. 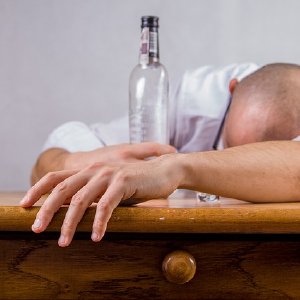 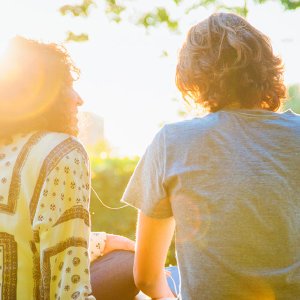