Before my son became addicted to drugs, he was a happy little boy, played football, did dance and was doing well at school. He started doing weed, on and off. He then started drinking alcohol and using cocaine.

At 14, I noticed a big change in his behaviour and the way he was with everybody. He gave up everything, stopped playing football, stopped going to dance, and he just kind of went off the rails.

He stopped going to school. And when he did go to school, he would cause problems, so they kept excluding him, which was basically what he wanted. But it wasn’t really solving the problem at all, so it was a bit of a nightmare for two years.

I tried to help him as much as I could, but obviously, when someone’s addicted like that, you sort of take one step forward and ten steps backwards. He didn’t care about himself even. I would say, in the end, he just didn’t care who he hurt or upset and didn’t even care about what he was doing to himself.

I tried going to a different organization to see if I could get help, tried to get him to talk to somebody, like mental health people and things like that, to see if they could get to the bottom of why he was doing what he was doing. But we never got anywhere with that; it was just like banging one’s head against the brick wall all the time.

He was spiralling out of control. He just wasn’t in a good place. We received a call on New Year’s Eve. Somebody that knew him was really concerned about him—he had himself locked in his bedroom, wouldn’t come out. We went round there and managed to talk to him, he said he would be alright, and he wasn’t going to do anything silly. He was curled up on the floor with a duvet over him. He looked terrible and just kept saying to me, “Just go, Mum. I’ll be alright. Just go and leave me, leave me alone.” Then my daughter and I went round to look at various options as to where we could perhaps get him to go and see if he would agree to go somewhere. Narconon was one of the places that we visited. It looked like it would be a good place for him, so I got the brochures, took them round to him, and said, “Look, we’ve been and looked at these places. This place looks really good. Would you be willing to go and have a look and possibly stay there to see if they can help you?”

He did stay and did well. He’s doing good and no more drugs, no more alcohol—so that’s all really good.

We were happy with everything that happened, and they treated him really well at Narconon. We used to go up and see him every week, and he seemed to be doing well.

We chose Narconon because I think it just seemed the best place for him, you know your own son, and the other ones that I had researched just didn’t seem to fit the bill. Narconon just seemed like a friendly place. A place where he’d be looked after. So that’s what we did, prepared for him to stay if he agreed to it and luckily, he did.

The staff were friendly and helpful when I rang up to ask about him. They always kept in touch with me by email or text. They’re all kind and kept in touch to let us know of the progress of how he was doing.

“We came after the second week, and he looked like a different person already. His skin looked better, he looked healthier, his eyes were bright.… Everything seemed to have improved hugely to what he was before...”

While he was on the programme, I just think he became a lot calmer, a lot more able to have a conversation with you. Beforehand you couldn’t even get two words out of him. You were lucky if you could get a conversation out of him. He just became a much better person, we came after the second week, and he looked like a different person already. His skin looked better, he looked healthier, his eyes were bright. He just looked and sounded like a different person, and I would say his personality was better, much more lucid. Everything seemed to have improved hugely to what he was before. He was like a wreck when he came to you. He was uncooperative and very distant and frustrating because you could never get to the bottom of anything with him because everything was so secretive because of what he was doing. Our relationship is good now—I would say it’s close.

Narconon has helped him by getting him clean. But, what stood out the most to me regarding our experience with Narconon was that being at his lowest point ever when he first came—he was a changed person when he came home.

The best thing about my son now that he has completed the Narconon programme is that he’s just in a much better place—he’s a much happier and healthier person.

—Mother of a Narconon Graduate

I am passionate about helping others get off drugs at Narconon UK.

I drank to block out reality, and it came to the point that I could not get away from the poison. What a nightmare it became. My brothers and sister were concerned. 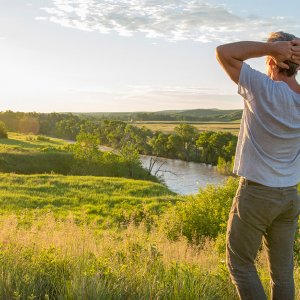 The advice I would give to someone who is in active addiction now is that the first step is to admit that you have a problem and don’t be afraid to leave it all behind. 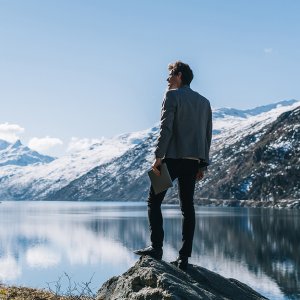