A Great Change of Behaviour—for Everyone

For those of us at the Isle of Wight Festival in 1970, we saw what we thought were new horizons, ’peace and love the world over and an end to war’ at the very least. I think we were naive.

Flower power was the image of the day. Painted faces, bright-coloured clothes, oddly designed cloaks, trousers, and tops. Everyone mingled with everyone else in the most peculiar ways including sexual activity in broad daylight. Down on the black-sand beach, a 1.5-mile walk and steep descending stairs, one could see bumps going up and down and naked females—black with the sand on their fronts or backs, or both.

The main ’flavour of the day’, for three days was marijuana. If you were within the confines of the festival’s arena, the police left you alone. If you were on the beach they also left you alone. Dealers walked the beaches swinging their bags around as they went. The arena was oval-shaped and on one side of it rose some very high, hilly banks. That is where those with no tickets congregated. My friend and I were up on the banks and we watched from above down onto the stage. Two boys sidled up and ’shared’ their joints—my first toke of a joint. Nothing happened.

Three joints later I went whoopsy. I had never experienced anything like it. It was nice—I’m being honest. Laughing and giggling we both agreed to share our new ’friend’s’ tent. It was a night to remember. The next morning, there was breakfast cooking outside, and dope cooking inside. Another day of out of my head ensued. I have no idea who I saw on stage—Jimmy Hendrix was in the mix somewhere, and Joan Biaz was too.

When the festival finished, my friend and I spent two days helping with the clean-up, in a dope-induced downslide. Miserable, cold, and waiting for the last boat back to the mainland, life was now different. The perceived happiness I experienced from doing dope took over. I didn’t give a damn about food, clothing, accommodation or travel to get to London. Running out of dope was unpleasant and, of course, real life had entered the scene again.

I left a responsible job up north to go to London to pursue my career via that Isle of Wight Festival. When I recovered from the ’high’ from the dope, I got a flat, got a job, established a more regular income. However, the dealer I had met at the Isle of Wight Festival lived near me—supply on demand you might say.

I have no doubt that the ’freedom’ to do drugs—and marijuana wasn’t the only drug I was using—had its place in my demise. However, the fault was mine, not the powers that kept the police and drug squads out of the festival arena and the surrounding hills.

Within two months, problems started to overwhelm the pleasure of the highs. No longer the responsible wage earner, I was making mistakes at work, spending my leisure time with druggies. There was only one way to go—down. I was drugged most of the day—life wasn’t worth living anymore.

Salvation came in the form of a friend who had heard about Narconon. They came by, picked me up and took me to the new Narconon programme. It only took a day and a half for me to have hope that I would have a better future. Rehabbed on a programme put together by people who cared saved my life. I joined staff and never looked back. Life looked good and still does. 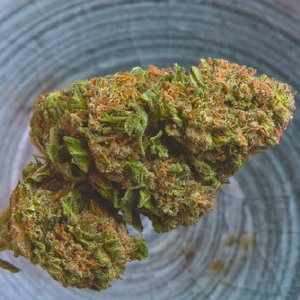