At the age of 8, I used to skateboard a lot with my brother. It was one of our passions we shared as a way of bonding. The parks we attended were populated heavily by other kids like us. The majority were there just to simply skate and have fun. There were a select few that were stationed there for the sole purpose of selling dope or meeting their dealer at the park to buy. My brother instructed me to stay away from these people as he was very protective of me during my younger years and even now. Despite my brother’s own drug use in his early years, he never wanted me to be a part of that.

After witnessing several deals and users in the parks I began to feel a sense of danger for my own life. Knowing that dealers are commonly connected to murders, robberies and assaults, I had concern that I could be the next victim. I did my best to stay away from these individuals for my own protection.

One day, in a park close to our house, my brother was skateboarding with his friends on one side of the park, while the other side was filled with 5 to 10 people smoking dope. No one dared to approach them to ask them to leave so they could gain full access to the park. Their fear was due to the aggressiveness displayed by these individuals previously. An unknown man approached the park, dressed all in red (commonly associated with the Bloods gang), and approached the skaters. He asked them if they wanted to buy some dope. They refused and the dealer began to get aggressive. He called them many profane names in order to entice fear so they would buy to get him to leave. He eventually achieved no result from his tactics and left.

Before he left the park he began hovering around the table which held all of the skater’s backpacks and whatnot. My brother approached the table and stood there in order to keep an eye on the bags. The man told my brother that he was not going to take anything and that my brother was a bad person for assuming such a thing. My brother then stepped away from the table and the man snatched one of the backpacks and ran. My brother and his friends chased him down the street as fast as they could. The man entered a house, then after about 2 minutes he stepped out and waved a gun at the crowd of skaters. He shot one bullet off to scare them away and they ran as fast as they could to safety.

This dealer was desperate for money. When he couldn’t get the kids to buy dope from him, he instead stole their belongings to sell later. The dealer didn’t see any immorality connected to his profession—he would do anything for the money.

We had an incident occur at my house when I was 9 years old. My father found a grown man hiding in our closet on Christmas Eve. He was there for the sole purpose of stealing our belongings to then turn around and sell them for money so he could buy dope and other drugs.

When someone is addicted to drugs, the withdraw can feel worse than anything they could imagine. They would prefer to steal, assault and kill for the sole purpose of getting high again to make the pain recede.

If you know of someone who is addicted to drugs, contact Narconon UK for help before they get to this point of desperation.

The Dangerous Effects, of the Negative Connotations of “Grassing”

A charity called Crimestoppers is currently appealing for information regarding mamba in North Wales.

The sheer quantity of drugs around the UK continues to astonish me. Just in this past week in London alone, there have been two stories about police finding or closing down drug dens. 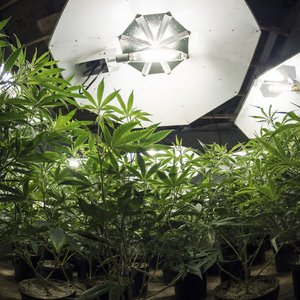