The sheer quantity of drugs around the UK continues to astonish me. Just in this past week in London alone, there have been two stories about police finding or closing down drug dens. Though, unfortunately, individually one drug den closure is maybe not noteworthy, that itself tells you just how prevalent they really are; these two stories caught my eye from location and size of the raids.

In Greenwich, 120 officers targeted nine drugs dens, that were apparently making up to £5,000 a day. This was after rival gangs in south-east London, who sell heroin and crack cocaine, were involved in a series of stabbings and shootings in a so-called turf-war.

The second story takes place in central London just around the corner from Buckingham palace no less. An empty property worth 15 million, had been turned into a marijuana factory. Here around 30 bags of cannabis were seized, and 600 cannabis plants were found in the dawn raid of the mansion.

All we can say following stories like this is it is excellent that those drugs have been removed from circulating on the streets and we had better continue with our hard work in the field of drug education and rehabilitation.

In these circumstances, drug education becomes more and more important, because where there is demand, there will inevitably be a supply. By only concentrating on cutting off the suppliers, we essentially chase around in circles, looking for where the next supplier has popped up. The real question is how best can the demand be systematically reduced for drugs. Only in that way can we make real and lasting change.

For more information on our drug education programme, or for help regarding rehabilitation, contact us.

At the age of 8, I used to skateboard a lot with my brother. It was one of our passions we shared as a way of bonding. The parks we attended were populated heavily by other kids like us. The majority were there just to simply skate and have fun. 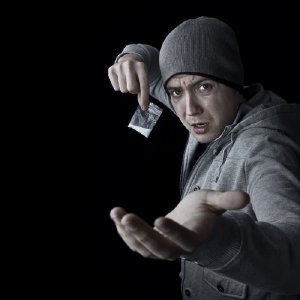