Why Doesn’t a Drug Addict Listen?

An often heard story from loved ones of an addict is ‘How can I get them to listen? Whenever I approach the subject of addiction, the conversation is just over!’

There are many reasons that keep an addict from listening to reason regarding drug use, but these are two of the main reasons we have seen:

The Addict Is Now in a New Group

Inevitably people tend to pay most attention to the opinions and feelings of their social circle. Particularly for new drug users trying to fit into a new group, new behaviour patterns are being learned and different codes of conduct are becoming normal.

Sometimes drug users solve this problem by having two personalities. One for the druggie group and one for the family or old friends. This can be tough when the two faces are so at odds with each other.

Depending on the new druggie group, standards of behaviour may involve theft and violence as a norm—as seen in certain gangs. This different moral code puts a user at direct odds to the normal behaviour that friends and family would expect and can cause them to drift further and further away.

Why is it hard to leave the drugs behind?

When you as a loved one ask a user to use reason and see why it is better to leave drugs behind, you are asking from a standard point of your moral code, rather than the new one that they are now following. Giving up this new druggie way of life would mean leaving this whole new group of friends, which even though it would seem like a great idea to you, can seem like a betrayal to the new group of the user.

Though there is no easy way to get past this barrier, understanding it, and working to see their point of view is a very helpful first step. Next, you can try and get them to recall the codes of the family, society and friends that they used to adhere to and show them that these codes lead to survival and happiness.

They Are Still Under the Influence of Drugs

Talking to a person while stoned (under the influence of drugs), is always a tough call but it is especially hard when you are trying to have a serious conversation about drugs and their damages. When stoned, a drug user is unable to stay focused on the present time environment, concentration will be low and attention can be dispersed, as well as perceptions distorted. For this reason, the drug user won’t even get most of your points, let alone be able to respond in a reasonable manner.

Knowing this and being able to spot when it occurs is vital, it stops you feeling as though you are just banging your head against the wall with failed conversations. It means that you can pick your moments wisely, find a sober moment and then have a good conversation about drugs.

If you have ever experienced a conversation where you feel like the other person totally missed what you were trying to say or responded in a non-sequitur manner, what you may be seeing is someone who is not ‘here’ not really tracking with the world around them. Everyone gets this to one degree or another, such as times the person has been very tired, or very stressed and dispersed; you may have noticed this happening to you. Of course, when stoned a user gets this in a much stronger way.

Trying to talk to someone while they are drunk is a waste of time, and the same goes for being high. THC, the active substance in marijuana can stay in the bloodstream for a lot longer, and make it much harder to find a truly sober moment to have a good conversation. It is vital though, because realisations, agreements or positive steps in the right direction will be forgotten before too long, and unfortunately you will find yourself back where you started.

How to Tackle This?

First, learn to spot the indicators that a person is still under the influence of drugs. Find moments that they are sober and use these to have the conversation you have been trying to have. First thing in the morning can be good, before they have had their first fix of the day, but even this will depend on drug use from the night before. Importantly though, don’t be discouraged by a failed conversation that occurred while the person was still high, remember they probably didn’t even hear you.

When you do get a user to see the light, and agree to make some change, make sure you act on it fast. This tentative reach for help can be gone all too swiftly. Getting the person’s agreement to go into rehabilitation and then getting them there can be life-saving!

For more information on our rehabilitation programme or how we can help you with a loved one, contact us.

Do You Need an Interventionist?

We get many inquiries, from parents or friends who have seemingly tried many options to try and get help for their loved ones, but no matter what is attempted, they just won't accept the help. An interventionist may be exactly what you need.

The Highs and Lows of Drug Use

Those who use drugs experience massive highs and lows. This can put the addict themselves in a spin, but also those around them, especially when they just have no idea what is going on, or that the person even uses drugs! 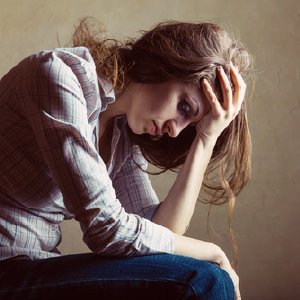