Huge Hauls of Cocaine being Found Around the UK

Only days ago, £50m of cocaine was found washed up on Norfolk beaches. This was about 794Ibs (360Kg) of cocaine in holdalls and backpacks.

The excellent news is that is a huge amount to be taken off the market and will surely be a big loss to the criminals involved. The NCA border investigation team will now be working to try and establish how the bags ended up washed up on the coast, where they came from, and hopefully their intended destination, which was unlikely to have been the Norfolk beaches!

Other recent huge hauls of cocaine include:

These are huge hauls to be found within months of each other, but truly must only give a glimpse into the amount of cocaine being smuggled into and circulating the UK. That these criminal organisations can make such huge losses and continue on, gives some insight into the grand scale of the situation.

With the recent death of Tara Palmer-Tomkinson, a known cocaine addict and socialite hitting the news, we have to wonder how many more deaths and untold incidents the cocaine that is making its way onto our streets is causing.

Snow White and the Straight Line to a Grave

This is an article on Snow White but it in no way resembles the bedtime story immortalised by the cartoon characters in ’Disney’ animated films.

Why do Men get so Addicted to Cocaine?

Why do Men get so Addicted to Cocaine? Cocaine is famous for its short-term effect of euphoria , but when you come down from that high you hit a very low point. 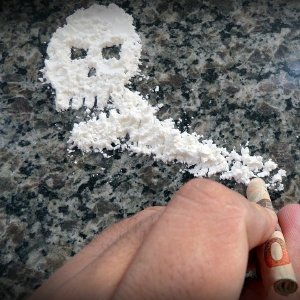