Guilt as a Barrier to Recovery

The Oxford English of Dictionary defines guilt as ‘A feeling of having committed wrong, or failed in an obligation.’

Guilt is often a deeply painful and personal emotion. In fact, it is regularly a big contributor to the cycle of addiction. Guilt can lead someone to drugs, it can fuel the continuing use of drugs, and affect a user who is trying to go sober.

Drug abusers often carry a tremendous amount of guilt. Actions committed while high are often out of character and definitely not survival. While getting clean, the clearer eyes of the addict often see this, and guilt can kick in even harder. Knowing that these actions would never have taken place while sober can be a tough thing to face.

Guilt is often felt for these reasons:

Typically, those abusing substances live a cycle of lying and deception. This involves committing dishonest acts, lying or hurting friends and family, isolating themselves, and of course—breaking the law.

When a person gets sober and gives up the old lifestyle, and wrongs that were associated with it, something needs to be done about all the guilt that is being carried around with them.

By confronting the actions and inactions that led to guilt, those in recovery can come to terms with the past and begin to let it go. This is a vital step for beginning a better future, as years of negative thoughts about self can begin to be replaced by a clear conscience that can be used to create an improved life.

Our rehabilitation programme includes steps to help one confront the guilt of the past and learn how one may overcome it. For more information about our programme, contact us.

Our Unique Exercises— The Objectives

Our Narconon programme consists of different phases, following the drug-free withdrawal and the New Life Detoxification comes The Objectives . The Objectives are unique exercises designed to help bring a person’s attention off the past and into the present.

Young athletes can sometimes face more exposure to substance abuse than many of their peers by taking performance enhancing drugs such as steroids , for their sport or using pharmaceutical drugs for pain resulting from an injury. 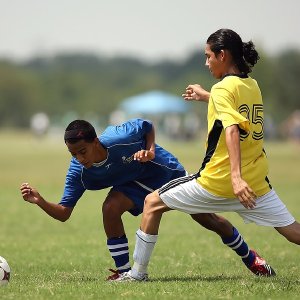