What Is a Gateway Drug?

When I was ten, a policeman came to our school to give us a lecture about drugs. We knew almost nothing about the subject, other than that drugs were very bad and were bought and sold in big American cities by scary-looking blokes in sunglasses.

I remember that particular police officer, a tall man with grey hair, explaining that drug addicts started out by smoking cannabis. We didn’t know what that was. He produced a block of dark brown stuff about the size of a chocolate bar and told us that at first when addicts smoked cannabis, they got high. After a while, however, they no longer got the high they needed from mere cannabis. They craved something stronger. So the addicts began to take heroin to satisfy their fiendish needs. After that, he said, they were instantly hooked and would soon end up dead in some rat-infested alley. It sounded pretty grim to us and we were very sure we’d never take drugs.

Fast forward a few years. I was sitting on a bench outside a pub drinking a beer. I’d already decided it was okay to drink alcohol—everyone around me was doing it and it was part of the culture of becoming an adult. To refuse to do so would’ve actually been considered weird. A guy we knew lit up a joint and passed it around. I wasn’t sure smoking pot was a good idea, but my best friend took a couple of drags and passed it to me. I didn’t want to look uncool, so I smoked a bit of it and passed it on. Contrary to the warnings of the policeman in primary school, I experienced no bad effects. In fact, I experienced almost no effects at all. My limbs felt heavier and I had a mild buzz in my head. It wasn’t much, and as far as I could tell, it wasn’t harmful. Smoking a joint, I decided then, was an okay thing to do.

I started to smoke pot regularly with my friends. Nothing bad happened. We’d listen to music, laugh our socks off and wake up none the worse the next morning.

One Friday evening I was at a friend’s house, smoking pot (of course) and getting ready to go out for the night. A guy arrived that I didn’t know. He sat and smoked with us and after a while asked if anyone wanted some speed. I’d heard of the stuff but didn’t know much about it. He explained that speed made you faster and grinned. He then unfolded a piece of paper containing a small pile of white powder. He licked his finger, dabbed up a bit of the powder and put it under his tongue. A couple of my friends did the same, and when my turn came, I took a dab. After all, I’d already agreed that drinking alcohol was okay and that smoking pot was harmless. Why not try speed too? The next weekend I took it again, and pretty soon it became a normal ingredient of a good weekend.

Thus I rapidly progressed from someone who didn’t drink or do any drugs at all to a person who would readily try new drugs without considering the consequences. Later I took cocaine, ecstasy, LSD and others, with no qualms or questions. There were some crippling repercussions later on, but that’s another story.

So, what that well-intended policeman had told us all those years ago was not quite correct. I hadn’t “started on pot then craved something stronger.” I’d merely observed adults around me drinking alcohol and decided if it was okay for them, it was okay for me. And if it’s okay to take one drug, why not try another? And then another and another etc. You cross the first line and after that it’s easy to cross others. I think you get the picture.

It’s like the teenage girl who ends up pregnant. She doesn’t one day suddenly throw away her Barbie doll and decides to have sex with the next boy she sees. First she agrees to go to the cinema with a boy she likes. Then she lets him put his arm around her. Before long, his hand is on her knee. She doesn’t object. Again, you get the picture.

In every situation where I started taking a drug for the first time, I was with people I knew and trusted. A friend of a friend turns up with something I’ve never tried. He seems like an alright guy and besides, maybe I’m already stoned and half-drunk anyway, so trying cocaine/ketamine/ecstasy is no great barrier to cross. And so it goes.

A gateway drug is a drug that a person will agree to take for the first time, despite their instinct that it’s wrong to do so. At that point they have violated their basic integrity on the subject of drugs, and this can be the first step towards addiction.

It’s that first beer you drink with the older guys that tastes like shit, but you gulp it down anyway because you don’t want to be laughed at. It’s the first cigarette you smoke—you turn green and want to puke but you don’t let anyone see you’re not enjoying it.

Nobody wants to be laughed at, or to feel like they don’t fit in, so it’s often easier to go with the flow. After all, it’s only the one time, and maybe you’re just experimenting. After that, there’s less reason not to take that same drug again, or to try others. I’m not saying that anyone who drinks a beer will become an alcoholic, or that anyone who smokes a joint will progress to hard drugs, that’s far from the truth, but it’s a fact that every alcoholic began with their first sip, and every addict of hard drugs started out by trying softer ones.

This is not a sermon against “the evils of drink and drugs,” nor do I consider myself an authority on the subject. However, drugs are rife in our culture and they will be offered to you, in one form or another. I hope that by relating my own experience and opinions you will be able to make the right decision about drugs when they’re offered to you.

He followed the road of excess but it didn’t lead to the palace of wisdom, only to more excess and some dodgy tie-dye clothes. Now he’s following the path of wisdom. Life is much better and his dress sense has improved. 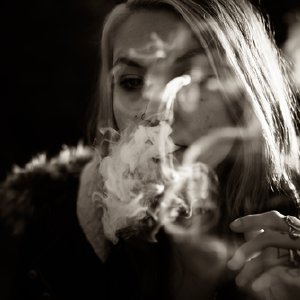 Debate it, tweet on it, write books on it, set up petitions for and against it, print newspaper articles about it and generally flood the communication lines via TV, Radio or the newspaper/magazine industry on it but you cannot change the effects this drug has on the human brain.