Heroin dealers invariably deal this drug for its monetary payoff. For two of them and four innocent bystanders, the outcome was very different. In 2016 a police car gave chase to a car occupied by two heroin dealers. On realising the police were onto them they headed off to the M6 at 133mph in order to escape. Unfortunately what happened next was a tragedy—a head-on collision. The accident left six dead—two of them were the dealers. The other four killed were a family simply in the wrong place at the wrong time. It’s hard to imagine that the occupants of either car expected to die that day. One of them was a father to six children and they will never forget.

Heroin addicts rarely know what the real cost is in ruined lives so that heroin can be made available to them. Even if they did it would make no difference; the level of hold this drug has is that high. The consequences of the heroin trade can be very hard to confront. As for the dealers—they don’t care.

Some years ago, 2014 in fact, a Home Office report suggested there was, “no apparent correlation between the ’toughness’ of a country’s drug laws and the level of drug use.” A Tory MP said the Lib Dems had “hijacked” the report for political gain. (BBC site (*2)

In the same article, it was reported that the UK government is now considering legislation similar to that introduced in the Irish Republic. Four years ago it banned the sale of all “psychoactive” substances. Unfortunately, although not a bad move it simply doesn’t address the problem of heroin supply distribution or addiction. Our MPs may very well be at a loss as to what to do.

Drug busts have removed heroin by the ton from the streets but another problem has set itself up in its place—so-called “legal highs” enter the picture. These are chemical compounds that are labeled illegal by law, however, manufacturers can avoid prosecution simply by tweaking the chemical compound and creating a new substance. Some heroin addicts resort to these chemical compounds to alleviate heroin withdrawal symptoms, especially when heroin prices go up and chemical compound prices go down. It is a very, very rough roundabout ride.

Governments admit that there is a heroin drug use problem, but their figures seem to come only from those admitted to hospital because of overdosing or those brave enough to register with their GP and go on the dubious substitute of methadone. I ask myself—when did drug substitution become a solution to drug addiction or addiction eradication? It simply isn’t a solution. The vast majority of heroin addicts stay out on the streets and in their hiding holes waiting for their supply to be available.

Narconon UK, however, has a very different approach in order to help alleviate the scourge of heroin addiction. The philosophy is to help the addict through withdrawals as painlessly as possible, help him to get his self-respect back, enable him to help others, rehabilitate his sense of justice and ethical standards and finally, return him to his family as a contributing member of society.

Free from the need to use any kind of drug, able to confront problems and life itself—their recovery stories are on the Narconon UK site. Get your hanky out though, some of them are heart-rendering.

Completing the Narconon program to achieve a drug-free life is achievable. If the success stories on the Narconon website from heroin addicts is anything to go by—it is the place to go for rehab. The address is Narconon UK, Grange Court, Maynard's Green, Heathfield TN21 0DJ.

Horse Riding But Not Necessarily of The Four-Legged Kind

This is about a different kind of horse. You can get it from a doctor via a prescription but it’s mostly obtained from street vendors. It’s one that has numerous names, a culture evolved around it, and comes in powder, liquid, tablet or capsule format. 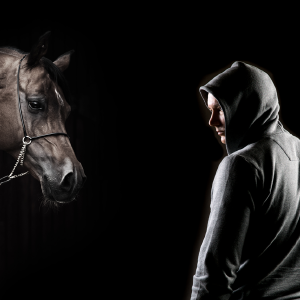 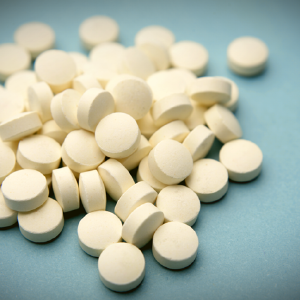