Read Part I: Designer Drugs—Made-to-Measure they Come with a Sweet Tooth

If you want to emulate and manufacture designer drugs for your “home use” beware of the advice you may be given about using a home set-up kit and the use of cleaning materials to make it from. You may be able to avoid the label of being an illegal drug manufacturer, but you will not avoid the possibility of a death or two in your vicinity—including yourself.

Two designer drugs that have been around for some time are ketamine and ecstasy. “Spice” (synthetic marijuana) and ecstasy (also known as “Molly”—a synthetic psychoactive drug similar to amphetamine and mescaline), are also designer drugs. All four are synthetic versions of drugs and create specific effects. How or why they are made can be difficult to understand. For example, rat poison is used in making ecstasy. LSD is known to be a hallucinogenic and is sometimes referred to as a designer drug.

The making of designer drugs can be dangerous—to say the very least. Explosions, chemical spills, fumes and electrical shocks are common, so beware using a home kit.

How can you know if someone has gotten into using designer drugs? Start by taking a look at how they present themselves—are they less well-groomed than in the past? Do they look haggard? Do they have bags or deep shadows under their eyes? We are not talking about an off night from staying up late for a night out. We are talking about long-term indicators that persist. Even losing weight when a person is not actually dieting is another thing to look out for. The warning signs are there. Take a step back and really look. What do you see? Look at images on Wiki relating to designer drug usage—they can be helpful.

Good communication is a real peacemaker when addressing your loved one about a possible addiction. Don’t shout, don’t despair, don’t rant and rave—instead be calm (no matter what is said or done). Don’t be surprised by what they may say to you. They will likely be under peer pressure and certainly experiencing the effects of the drugs they are taking. There maybe someone at school or college who is an opinion leader that others follow. That individual may be promoting drug use in the form of pills, simply because they want to seem cool or be the ’leader of the pack’. That is the best time to say NO, before going any further, regardless of the possibility of being excluded from the group or bullied.

Tell the truth to someone you trust and say what you have observed to someone who can help you—a teacher, a youth group worker, a doctor, your parents, or real friends who want you to succeed in life. Prevention is far better than having to take a cure. Stay informed and learn the truth about designer drugs so you can avoid being pushed into using them and help others to avoid them as well.

Nothing gives a better high than living life to the fullest and succeeding at one’s goals and purposes in life. That’s a much better high than any drug—including the designer drugs hitting the market.

Designer Drugs—Made-to-Measure they Come with a Sweet Tooth

Designer drugs can involve chemical complexities that only the laboratory scientist can explain to us but which leave the ’man in the street’ baffled and bemused. For the pusher, dealer, supplier and manufacturer of designer drugs they are a no-brainer. 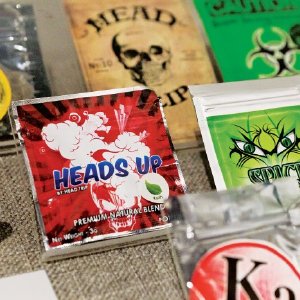 The Dangers of Spice

A recent article from the Manchester Evening News brought back to our attention some of the horrors caused by the synthetic drug called spice.