Celebrity Influence—Drug Use and the Consequences

A celebrity is someone well-known in their field with the ability to influence others. For example, in the fashion industry Ives Saint Laurent is a design icon and in opera, Pavarotti had much influence as a tenor. He drew 150,000 attendees to his free performance in London’s Hyde Park and 500,000 more attended his concert on the lawn of New York’s Central Park. Millions more watched on TV. His musical influence and vocal method were admired and he influenced operatic performances worldwide. He attended the funeral of another icon, Diana, Princess of Wales.

The British public loved Diana, Princess of Wales as is evidenced by the outpouring of grief at her funeral and the flowers left at the gates of her home in London when she died. Gaining celebrity status, first through her marriage and then through her charitable works, she influenced fashion, hairstyles, and the music she loved—both operatic and modern-day innovations. Her drug use included the use of Prozac—a drug also used by her driver on the fateful night’s car crash in Paris, that killed both her and her partner that evening, Dodi Fayed.

Many celebrities have died from drug or alcohol poisoning. Amy Winehouse (alcohol), Jimmy Hendrix (barbiturates), Whitney Houston (cocaine), and the much-loved Judy Garland of Wizard of Oz fame, (barbiturates). These are just a few of high-profile people who have died due to drug addiction of one sort or another. One must of course not forget Michael Jackson, a huge loss to the music and entertainment business who has a moon crater named after him. Dancing, to say the least, has never been the same.

If any of these celebrities had the opportunity to handle their life problems an alternative way than turning to drugs, things might have turned out differently for them. Drugs denied them long and lasting happiness in life.

The Narconon Programme has excellent procedures to take the celebrity addict, whatever the field they work in, from addiction to a healthy and active like. To make that initial contact call Narconon to arrange a visit or make enquiries.

Anthony “Ant” McPartlin Is undoubtedly one of England’s best known television presenters, producers and actors, best known as one half of Ant & Dec with the other being Declan Donnelly . 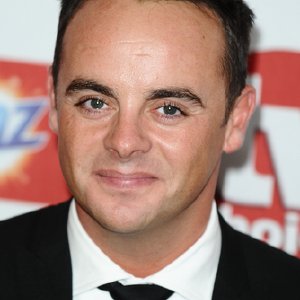