UK Preference for Stimulant Abuse Is a Dangerous Trend

A recent survey of more than twenty thousand people across Europe and the UK revealed that prescription drug abuse is on the increase—including the abuse of stimulants. Stimulant abuse in the UK has been a problem that reaches back several years to the arrival of new synthetic formulas cooked up in illicit labs. In night clubs, music festivals and party venues, many UK youth were consuming these new stimulants and some that had been around for a while, too often with damaging or deadly effects.

What Were These New Drugs on the Market?

In 2012, reports surfaced of several new psychoactive drugs being seized by law enforcement or sending people to the A & E Department. Some of them had bizarre chemical names like D4-methylaminorex or nicknames like Bromo-DragonFLY (because the molecule resembles a dragonfly). Other drugs seized by law enforcement included PMA, PMMA, mephedrone, and methylone, all popular in the UK party scene. Ecstasy is another popular stimulant that’s not new, but that is in widespread use.

In the next few years, more than 200 of these new drugs had been detected on the market in the UK and Europe. Many of these drugs are strong, unpredictable stimulants that can kill the user by overstressing the person’s heart or causing them to overheat. In Denmark, Finland, Hungary, the Netherlands, Sweden and the United Kingdom, these drugs were causing problems like high body temperature, agitation, foaming at the mouth and heart failure. Twenty-six people died by 2014.

Perhaps growing out of this preference for illicit stimulants, this new survey reveals how popular prescription stimulants are among UK citizens. An increasing number of people are choosing to abuse prescription stimulants. These are the drugs that have been prescribed to so many young people in the United States who were said to suffer from difficulties focusing and other symptoms. Unfortunately, this drug has become extremely popular among high school, college and graduate students who think it gives them an edge in their studies. Because they are stimulants, they will keep a student awake so he can study or write papers longer – especially if they are taken in large dosages, or taken nasally or by injection.

The list of these prescription stimulants includes Ritalin, Equasym, Concerta, Strattera and Elvanse.

When prescription stimulants are abused, they become just as dangerous as the new illicit stimulants on the market. Smoked, injected, snorted or swallowed stimulants can cause symptoms like these:

If you are looking for help for someone who’s been abusing prescription stimulants or illicit drugs, call Narconon UK at +0800 802 1375. For more than fifty years, we’ve been helping the addicted return to sobriety and enjoyment of a productive life. We understand addiction and we understand recovery. Call us to learn more.

Could Stimulants be the Most Dangerous Drugs on the Planet?

There are many arguments that can be made for different drugs and their dangers, and there are truths to all of them.

Will the UK Follow the Example of Other Countries and Legalise Cannabis?

Petitions being circulated, politicians taking stands on the subject of cannabis legalization in the UK – will it actually happen? And if it does happen, will it make the drug problems of the UK smaller? 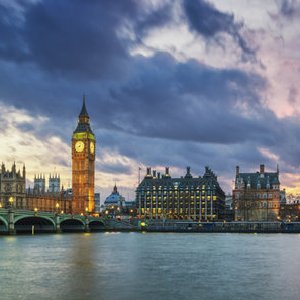