The True Effects of an Alcoholic Mother

I recently heard an interesting story on the radio of a family torn apart, one child growing up with a solid and sober father, while another brother grew up with a drunken mother. It highlighted just how far reaching the effects of excessive alcohol intake can be and I thought I would share it with you.

I am replacing the names in the story here as it is from the radio, but I hope it can highlight some interesting points for you.

The story comes from John’s point of view, the older of the two children. As a child, his parents split up when his mother found a new boyfriend, a drug dealer. At first both children remained with the mother, at one point their house was raided and the mum was held at gunpoint, while the men extorted drugs from her boyfriend. After this incident, John was removed from his mother’s care, and went to live with his dad. He ended up growing up in a normal and stable environment.

The younger brother, as he was the son of the new boyfriend remained in the mother’s care. Therefore growing up with an alcoholic mother and for some years a drug dealing father.

Fast forward about 20 years and John is called to the help of his mother. This is the comparison that we see:

John – grew up with a stable sober father:

Ian – grew up with an alcoholic mother:

What I found so interesting is just how visible the effects that an alcoholic mother has on her children, just look at that above comparison.

Ian never really had a chance:

Something else mentioned, is how it trickled through his whole life.

As a child, he couldn’t invite normal kids home from school, because they would have been horrified and traumatised by what went on at his home. So what happens is he would gravitate to children in similar situations as his own, used to alcohol and drugs, they could come round, and it wouldn’t be too bad. Therefore, it ends up with not only the whole familial network on drugs but the social network being in the same situation, so this way of life becomes normal.

This “normal” life, which is so far from normal, is all Ian knows. He described it as starting a race 10 seconds after the other competitors have already started. In essence, that he is always on his back foot, not having that stable base that most have. Trying to catch up and figure out what really should be normal, and how to create that.

If you yourself are an alcoholic, or you have a loved one who is, don’t dismiss the effects that this condition has on the whole family. Remember Ian was at school, and for the most part, no one knew how bad home life was, and in the blink of an eye he was heading down the same path as his mother.

The only safe thing to do, not only for the alcoholic, but for all those that they effect, is to help get the person into rehabilitation. True rehabilitation will also look at the cause for the addiction. Why did the person turn to drugs? What changes need to happen in life for the person to not go back to the same path? What steps are needed to help the person stay on a stable and sober future?

Don’t underestimate the effects that alcohol can have on everyone involved with the alcohol abuser.

The Effects of a Broken Marriage

A marriage ending is a turbulent time for everyone involved. Unfortunately it does not often happen amicably and it is certainly a time of big change. For those couples splitting up who have children, things get even tougher. 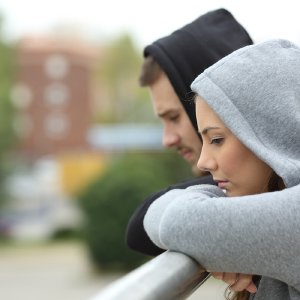 Signs that Alcohol Consumption Is Out of Control

If you see these signs, then alcohol use has reached a point where it is no longer under control. Learn the signs and don’t wait to take action… 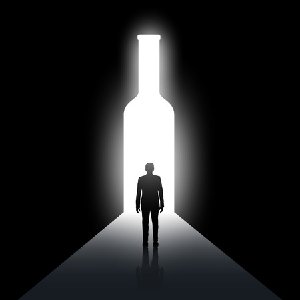