Should I Marry Him/Her?

Finding a marriage partner can be tough, someone who is kind, who understands you, is attractive and hopefully shares some similar interests… what do you do if that person takes drugs, though? Maybe it doesn’t seem like much, at only once or twice a month for example, but still, drugs are drugs, right?

Is it worth just continuing… hoping that you could change that? Hoping that they will change for you? Well, no one can really make that decision for you, BUT here is some data on marriage and drug use for you to think about.

Now I certainly don’t recommend giving up on your love, but maybe see if you can get them help now, don’t set yourself up to be trapped in an unhappy marriage later. Do whatever you can to help your loved one out of the trap of addiction, through a good rehabilitation programme, and hopefully onto a sober life. In that way, hopefully, you have given any future marriage a firm base to get started on.

Discovery of Your Loved One’s Addiction

When the addictive issues of a loved one are discovered, the immediate first reaction is one of anger and betrayal. After the initial shock and anger subsides, the horrible reality of the situation sets in, and at that point, the family will usually decide between turning away from their loved one or doing everything they can to help. Assuming that you want to help, your next step is looking at treatment options.…

Helping Your Loved One Through Rehab

Once a loved one is enrolled in the Narconon drug rehab program, the largest stress is over; the family can relax, knowing that the person is getting the help that they need. BUT it is important that the family don’t think that their job is totally over. 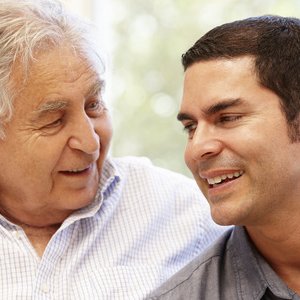