The most recent drug prevalence surveys covering England, Wales, and Scotland reported the highest prevalence of drug use in the past 10 years. These statistics have more than doubled in this time period.

It’s not just the prevalence of drug use that is increasing. In 2019, over 4,300 deaths in England and Wales alone were attributed to drug poisonings with the rates for men nearly double that of females. In 2019, Scotland saw 1,264 deaths—a number that has doubled in the last decade. This gives Scotland the dubious distinction of having far more drug deaths per capita than any European country.

Overall, the United Kingdom accounted for a third of the EU total drug overdose deaths. This grim picture painted by the growing number of deaths and drug use statistics illustrates the need for more effective solutions to drug and alcohol addiction.

Many people who successfully recover from drug or alcohol addiction describe their journey as a twisting, serpentine labyrinth that, without help, is difficult to escape. Addiction can create a maze for those who want to help but cannot easily find effective solutions.

In the UK, access to treatment has continued to decrease while rates of addiction have continued to increase. One report from 2019 shows that 60% of all local governments had cut funding to treatment programs despite double-digit rises in both drug use and deaths. This continued a trend from earlier in the decade whereby 2013 treatment centres in the United Kingdom had already seen a 13% cut to all funding.

Drug rehabilitation is only one piece of the overall solution that provides a road out from the labyrinth of drug and alcohol addiction. While effective treatment programmes help those already addicted, drug education programmes ensure that the next generation doesn’t suffer the same fate as the current one.

Why Do People Abuse Drugs and Alcohol?

The reasons people start taking drugs are varied and different for each individual. There are interpersonal and familial problems, medications prescribed for aches and pains, accidents, and major operations which can lead to physical dependence and ultimately addiction. Then there are the feelings of seclusion, loneliness, and separation from one’s friends and family felt by many. The list goes on.

An individual suffering from addiction spends more time in the past than experiencing what is right there in front of them in the present. The effects of drugs and alcohol dull the senses and affect how one views the world around them. Drug use results in the depletion of vitamins and nutrients and can lead to a number of other health and wellbeing issues.

While addiction is a downward spiral of lost hope for the addict, they represent a tangible cost to society. Not only is society robbed of the productivity the person may have offered if sober, but costs for healthcare, and also loss of workdays and damages to property make addiction a problem for everyone.

The continued increase of drug use and deaths to poisonings clearly indicate a change is needed. Any solution must concurrently accommodate both education for youth as well as effective drug rehabilitation and treatment. Both are important.

Educating the youth through drug awareness campaigns empowers them with information that they can think with and guide them to make healthy decisions. Despite the clear evidence that drug education can help young people stand up to negative peer pressures because they had the information necessary to make a healthy decision, drug education is not being offered at the scale needed to address the problem.

Offering rehab services that address the multidimensional nature of addiction helps those individuals who are already addicted return to being a happy, healthy member of society. Rehab services that address not only the physical dependence but the underlying issues which lead to addiction in the first place have long been shown to provide an effective alternative to programs that treat addiction as a “medical” problem.

Sachi loves to help others and has been working in and with L. Ron Hubbard Social Betterment programs for 11 years. You can follow her on Twitter or LinkedIn.

Drug Use is Not Inevitable

Too many addicts coming in for rehab say the same thing: “If only I had known then, what I know now, I would never have taken that first hit.” It matters little if it was heroin , cocaine , or alcohol . 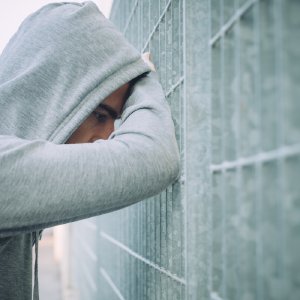