Illegal drugs cause a plethora of effects on the mind and body. One of the most notable effects is the depletion of valuable resources the body needs to survive and be healthy. When one loses these nutrients they tend to feel different—for example, agitated, angry, frustrated, etc.

When a user is addicted to the substance, their physical state diminishes and causes different mental reactions such as mood swings, fits of rage, apathetic behavior and more. Being close to an addict can be hard for many as they are unpredictable and, from first-hand experience, can be frightening. With the rise of documented, social media accounts of drug-induced behavioral fits, we are seeing this more commonplace in those who are coming down from their initial high of the day and are desperate for their next dose. Coming down from a high is where the rage really begins to set in due to the necessity for the next hit.

In March of 2013, in Tampa, Florida there was an incident where a heroin addict was seeking their next hit and out of desperation, violently attacked and murdered two people in order to steal their wallets and use the money to buy more drugs. This person, according to their family, would have never done something like this. They had always been a sweet, kind, and loving individual. The only factor that changed in his life was his abuse of heroin. When he stopped being able to afford it, and desperation kicked in, he took to the streets and used violence as his bartering method.

Whilst in New York in 2014, I would walk around the city quite often and late one night I heard an uproar coming from a side street and decided to investigate. I remained as hidden as I could and noticed two men yelling at each other. One was trying to buy drugs off the other. When the seller would not let the man have it, the addict began yelling and threatening physical violence if the drugs were not supplied. This continued for about five minutes until the addict pulled out a gun and pointed it at the dealer. The addict said that if he wouldn’t give him the drugs he would kill him. Of course, the dealer gave the addict what he wanted and the addict ran away. If this man were not addicted to drugs, he most likely would not have been acting in such a violent manner.

This is even prevalent in families. When a son or daughter is addicted, it is commonplace that the parents may find their money missing, or their jewelry gone. I’ve known a few addicts who have taken money, possessions, heirlooms and more, to sell for money to buy more drugs.

It is vital that an addict is saved before this stage of violence begins. If you or someone you know are suffering from drug addiction, contact Narconon UK. Their holistic drug rehabilitation program has yielded thousands of successes worldwide and has saved countless lives. 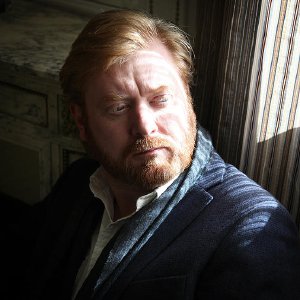