Recently-released information (The Independent & Staffordshire Recovery Matters) shows that UK drugs-related deaths hit new highs in 2014. By 2014, the number of those dying from drug-related causes was almost triple the number in 1993. There have been a few dips but overall, the trend is in a steep climb. Thus far, there’s no signs that this growth is going to slow any time soon.

The overwhelming majority of these deaths were accidental overdoses. The second-largest category is suicide by drugs. As is true in other countries, men are far more affected by drugs use than women.

These Statistics Prove that Better Solutions are Needed

If the UK had the correct solutions in place, the number of these deaths would decline. A lecturer at the University of York attributed some of this increase to public health funding cuts. Ian Hamilton, lecturer and specialist in problematic drug and alcohol use, noted a £300 million cut in this funding. That may be true but it is, at best, only part of the picture.

New synthetic drugs on the market, floods of heroin from the Middle East and morphine diverted from pharmaceutical sources have all aggravated the situation. Over the years, heroin abuse has been lower than cocaine or marijuana use but like in the U.S., the death rate from all drug sources keeps climbing.

One of the reasons it’s difficult to overcome this national problem is the rate of relapse. When life presents unpleasant challenges, an addicted person only thinks of his or her drug of choice, whether it’s alcohol, heroin or marijuana. The destructive habit of turning to drugs to make problems vanish must be unlearned and new ways of making healthy decisions must be learnt for a person to stay sober after rehab.

How Do You Help an Addicted Person Leave that Life Behind?

Some communities like Staffordshire are protesting the budget cuts that make it harder to provide rehabilitation for those who have succumbed to addiction. At the same time, in a beautiful country manor in East Sussex, the Narconon programme helps individuals return to stable sobriety.

Addiction involves many acquired bad habits and patterns of thinking and living. Those patterns must be replaced with new understandings of life and living and that is a very important element of the Narconon program.

The first part of the Narconon rehab programme helps a person recover their clear thinking. Families observing their addicted loved ones often note that they don’t think as clearly, logically or effectively as they did before they became addicted to drugs. The unique detoxification step of the Narconon programme employs a sauna, exercise and nutrition to activate the body’s ability to flush out old drug residues.

Why is this an important part of a person’s recovery? After drug use, a body doesn’t fully wash out every trace of drugs. Traces remain behind, stored in certain types of cels or tissues. From there, they apparently can at times, re-enter the blood stream and influence thinking, mood and cravings. For example, such re-activated drug residues appear to be related to the “blank spots” in memory that a drug user may experience, even when not using the drug. Or to bouts of foggy thinking. As these traces are washed out during the New Life Detoxification, a person’s chance of lasting sobriety increases as cravings fade away and their ability to think clearly increases.

The next services of the Narconon rehab programme focus on a person’s ability to succeed in life. That success requires being in control of one’s thinking, decisions and emotions. This control is returned gradually through life skills training and special exercises called the objectives. These exercises help each person begin to live life in the present, not in the past. The trauma and pain of the past is replaced by a brighter outlook.

Then, with a series of life-skill courses, the Narconon rehab programme provides the person with tools to use to help guide himself more effectively through life.

A thirty-day residential programme is not enough for most people to make fundamental changes so they can truly overcome their addictions. That’s why there is no set time limit for the Narconon programme. The right time for a person to go home is when they have learned the skills they need to stay sober.

Find out how Narconon UK in East Sussex can help someone you care about come back to sobriety and health in just a matter of weeks.

I Can Put My Heart and Soul Back Together

There are certain rules of life that everyone must follow. These rules are the ones that come at great cost to oneself if they are broken. If you are not caught for a crime, it does not mean that for that particular crime there is no cost, for it broke the moral code that is within yourself. 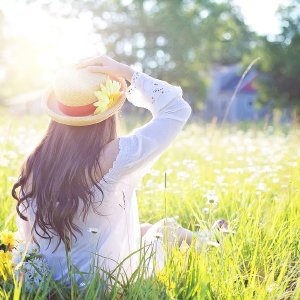