As is the case with many nationwide crises, there is no simple explanation for how Scotland became ground zero for Europe’s epidemic of drug overdoses. From rising poverty levels to an economic crisis and austerity cuts in public health services, from job loss to lack of access to quality addiction treatment, from economic inequality amongst rural drug users to an ageing, urban addicted population more likely to overdose, many factors combined to create a sudden increase of fatal drug overdoses.

While not all of the mysteries have been solved, enough information has been gathered and published to understand the root causes behind the crisis of addiction and death in both the historic cities and the rolling rural Highlands of Scotland.

Investigative journalists with the BBC examined the addiction emergency in Scotland. They were able to narrow the sweeping crisis down to six critical factors. Much of their information was garnered from European health programs like the European Monitoring Centre for Drugs and Drug Addiction. That institution was the first to reveal that drug overdoses were not only higher in Scotland than in the rest of the UK, but per capita deaths were higher in Scotland than in the rest of Europe and the United States. Their report also estimated that Scotland’s overdose crisis exacted a toll of 13 times the number of deaths per capita than in many other European countries.

The reporters also drew from Scotland’s own public health institutions like the Scottish Drugs Forum, which published considerable information on the connection between poverty and drug overdoses in Scotland. That institution uncovered a direct connection between deindustrialisation, economic decline, rising poverty, income inequality, an erosion of public health services and a lack of treatment accessibility with the country’s rising drug addiction and overdose crisis.

From the data, the primary factors in Scotland’s drug addiction epidemic and overdose emergency are as follows:

1). Scotland has the worst rate of drug deaths per capita of any European country, and the problem is getting worse. From 2018 to 2019, drug overdoses rose 6%, with 1,264 Scotts dying from drug overdoses. From the most recent reports, Scotland’s overdose crisis claims 3.5 times the number of lives per capita as compared to England and Wales.

2). The drugs that Scottish residents use are also a huge factor. Opioids are the primary killer, but benzodiazepines are often used with opioids, exacerbating risk and increasing harm to the addict. Case in point, the vast majority of drug-related deaths in Scotland occur among people who use more than one drug, mainly opioids and a street benzodiazepine called etizolam.

3). Urban areas of Scotland are particularly affected by poly-drug use. According to the data, Scotland’s cities have suffered the brunt of the overdose crisis, and those who overdose in cities are almost always found dead with multiple drugs in their system. Scottish public health officials have posited that because urban Scots are mixing drugs (street benzos, opiates, and alcohol), they are at far greater risk for depressed respiratory and cardiovascular function, which can lead to death. Furthermore, illegal street benzos are often made in clandestine drug labs. Health officials report that such drugs are made with new, often unknown, potent chemicals, severely increasing the risk of poisonings and overdoses.

4). An older generation of users has suffered immensely due to new, hybrid drugs. The sharpest increase in drug-related deaths has occurred among men and women over the age of 35, suggesting that the bodies of older addicts are less capable of processing multiple drugs at once, particularly new, hybridised drugs. More than two-thirds of all drug deaths in Scotland in recent years have occurred among addicts between the ages of 35 and 54. These are individuals who have often developed serious health issues, such as respiratory diseases, liver diseases, and blood-borne viruses, all of which further their vulnerability to overdose deaths.

5). While drug overdoses have risen most rapidly in urban areas like Glasgow, Edinburgh, Inverclyde, and Dundee, drug overdoses have increased across all Scottish regions, including rural areas. Reporters indicate that drug overdoses are most likely to occur in areas of deprivation, mainly in places in Scotland where economic and educational attainment are lowest, regardless of population. For example, drug use is 17 times higher in Scotland’s poorest areas (both urban and rural) than in Scotland’s wealthiest areas.

6). One of the key elements of Scotland’s surge in drug overdoses has been an influx of illegal drugs into and around the country, some of which are even made in Scotland. An example of the devastation that the drug trafficking has caused can be found in the city of Dundee, a city that experienced a 400% increase in fatal overdoses between 2009 and 2015. The surge of deaths in a city of just 148,000 residents can be traced back to a sudden influx of cheap heroin, cocaine, and illicit prescription drugs.

While drug addiction is certainly a uniquely personal crisis that requires tailored solutions to resolve it, there are systemic, nationwide problems that contributed to a sudden surge in drug addiction and fatal overdoses in Scotland. Summarised, these were:

Despite nationwide trends, addiction still occurs on a deeply personal, individual level. While Scotland stands to gain by examining the data and implementing national remedies to help overcome its addiction crisis, the drug problem in Scotland will not be brought to an end until each addict is helped into a treatment centre.

Just as an addiction crisis spreads across a country one person at a time, overcoming such a crisis involves treating each addict one person at a time. Those who have loved ones in Scotland who are struggling with an addiction to drugs and alcohol must act immediately to help their loved ones get into treatment. They must not wait until it is too late. And for those who have questions about drug abuse and addiction and who want to know what they can do about it, they should also reach out to a treatment centre for help, advice, and valuable intervention resources.

Drug-Related Deaths and the Scope of Addiction in Scotland

Scotland is suffering from a rapidly expanding drug addiction crisis. Sadly, this has led to a surge in drug-related overdoses across the nation. 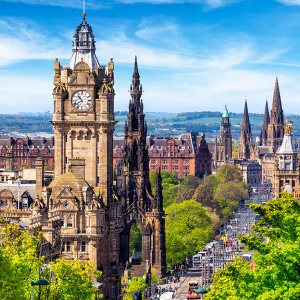 This Will “Blow” You Away

It’s a beautiful day on the beaches of southern Spain. The sun is shinning, the sky is clear. You can see the perfect outline of Gibraltar and Morocco. But the placidity of the water where the Mediterranean Sea meets the Atlantic Ocean is a paradox, when you know what really goes on after sunset. 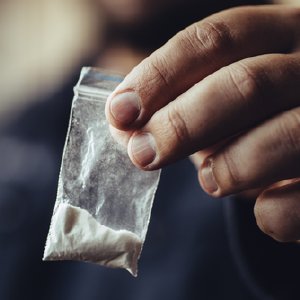